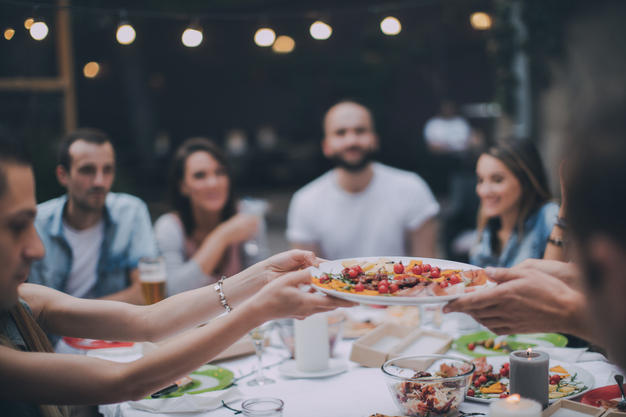 I stood and looked up and down my street last weekend – it’s lined with lovely deciduous trees that I realised were suddenly looking very bare. It felt like it took a long time to get to this Winter season, summer seemed to go on forever, autumn came late and we wondered if it would ever get cold again, if the leaves would ever turn! Wasn’t it only the other day that only a few were fluttering to the ground? And now here we are in the thick of winter, our lawns covered in crunchy autumnal colour, and a lovely chill in the air. We are definitely in the middle of a new season, and I had to stop and just take that in for a moment. I think the seasons of life can be like that too sometimes, and seasons in church life. Words that were spoken many years ago, sometimes get lost or forgotten in the swirl of life, buried in amongst journal notebooks of the past. We forget the specific struggles of the past, our impatience for answers, our hope found in new revelations. But some words, some themes become pivotal to the way forward. The language becomes so much a part of who we are – our culture – that we may not even be able to articulate the specifics of it, or remember its origin. As I have continued to reflect on Ric and Naomi’s role as Senior Pastors over the past 10 years, one theme in particular stood out. It came from a series we focused on a number of years ago called ‘The Promise’, which centred around the Abrahamic blessing found in Genesis 12. This blessing is over Abraham’s descendants – the making of a great nation (a STRONG NATION!) with so many heirs they can be counted no more than the stars in the sky or the grains of sand by the sea. You are probably familiar with the narrative. The promise is given to Abraham and Sarah, when they are quite advanced in age. Abraham starts to take matters into his own hands, and his servant Hagar is then the mother of his child, Ishmael. But Sarah does then conceive and also gives birth to his son, Isaac. At face value, Abraham is now the father of TWO sons. Born around the same time, in the same era. The descendants have begun!!I now need to go off on a bit of a tangent… because this illustration is key to understanding this narrative… so just tag along…! There are 2 main types of elephants – the African and the Asian elephant. Both beautiful creatures and to the casual observer/zoo visitor they look practically the same. There might be a bit of a difference in the shape of their ears but otherwise they look almost identical. However, and this is a big HOWEVER, they are so genetically different that they cannot mate and reproduce. Any union they might have would be entirely unfruitful. Sarah and Hagar are similar – they look so similar, but are actually so different. Sarah was called to carry the Promise. Hagar was called to SERVE the promise. So what does this mean for us? We too are called to carry The Promise! We are heirs to it! ‘And now that you belong to Christ, you are the true children of Abraham. You are his heirs, and God’s promise to Abraham belongs to you.’ Galatians 3:29. The Promise in Christ is all about loving God, and loving others. It’s about knowing the pure truth of the Gospel and then living it and sharing it. It’s about family and relationships. Descendants – both natural and spiritual – like the sand and the stars! Hagar was a good woman. In fact, I really don’t envy her or her role in history. It’s pretty complex! She was only ever meant to serve Abraham and Sarah – which was a pretty big job given the calling they had. In the same way, we are each called to be part of serving – but in a way that keeps the main thing the main thing! Our identity is not found in ‘serving’ after all, but IN Jesus himself (that’s the Sarah part!). So whether you are an amazing singer, musician, sound person, usher, graphic designer, or administrator; whether you can bake amazing food for our hospitality team, or make great coffee; whether you love to clean, love to cuddle babies or love to pull out weeds… I honour you and your service today. Thank you for serving our church family. Thank you for serving The Promise.The Promise itself though is found in discipleship relationships. Relationships that point people to Jesus! We are talking family business here! In our context this looks like being part of an Oikos (which simply means a group of related and unrelated people doing genuine life together), and going to Oikos family dinner. It means being accountable to a Connect or Oikos leader. It means we are committed to growing in the character and competencies of Jesus. It means we have real relationships with people. You see, Sarah and Hagar can look so similar, but they are called to different things. Just like those elephants – the differences in a church are so seemingly small, and yet so significant. Hagar serves Sarah SO THAT she flourishes! Have a think about your own time, your own family and your own focus – is it about relationships or ‘religion’? Is it about family or ‘work’? Are you investing in The Promise, sharing the gospel and being part of making disciples? Or are you too bogged down in ‘doing stuff’?  Does what you do underline The Promise, or undermine it?